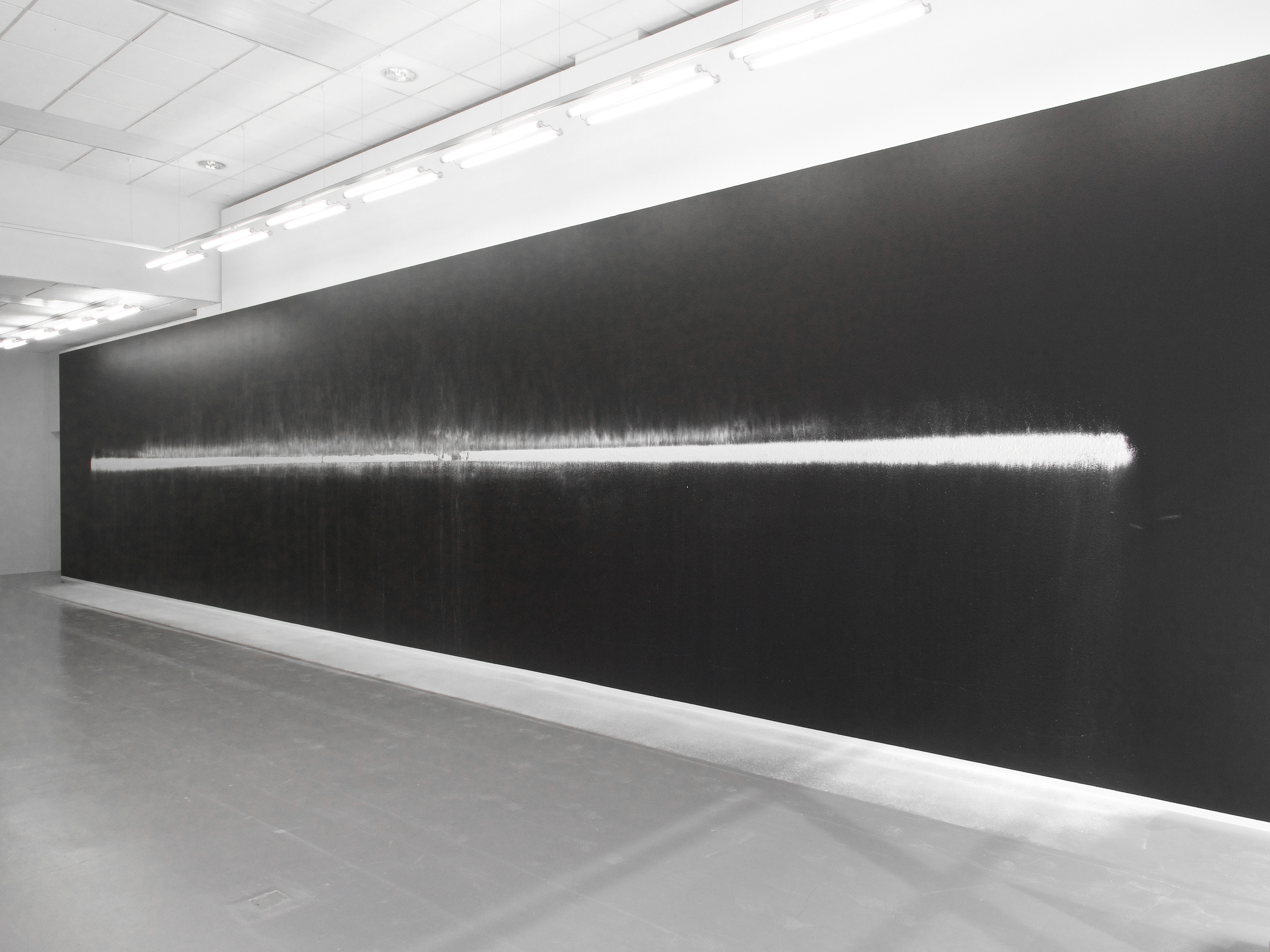 During theoretical and experimental research into the expression of the line, Arents came across an ancient method of drawing straight lines by help of a simple cotton string and chalk. This technique is still used by carpenters and construction workers for purely practical purposes. Arents used the chalk line method and aesthetics to create a powerful image on a monumental scale. In addition to being a work of art, Chalk Line is also a performative act. First the band is mounted between two points on the exhibition wall and coated with chalk. Then the taut band is pulled, causing it to snap back and hit the surface. The bang of the impact and a white explosion follows. While a cloud of chalk rolls along the surface, the result of the impact slowly appears. At the point of impact, the band leaves a copy of itself on the surface, and the explosion leaves its mark as white flames blazing along the line.